I did not write this, and do not know who did.  A friend recently sent this to me, and it really brought to mind the continuity of God's love and protection.  In this world of things that change in the blink of an eye, God doesn't.  It's nice to have one thing to count on.

Isn't It Great To Remember Who Is Really In Control, and that; "the Word of the Lord endures forever..
I Peter 1:25
at 1:43 PM No comments:

A few observations on Faith 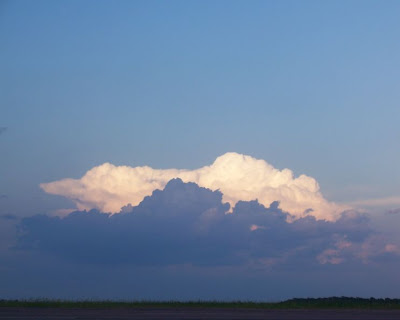 What happens when you have faith:


Matthew 6:30
If that is how God clothes the grass of the field, which is here today and tomorrow is thrown into the fire, will he not much more clothe you, O you of little faith?


2) Your faith will heal your body and soul


Matthew 9:22
Jesus turned and saw her. "Take heart, daughter," he said, "your faith has healed you." And the woman was healed from that moment.

Acts 3:16
By faith in the name of Jesus, this man whom you see and know was made strong. It is Jesus' name and the faith that comes through him that has given this complete healing to him, as you can all see.

Matthew 9:28-30
When he had gone indoors, the blind men came to him, and he asked them, "Do you believe that I am able to do this?"
"Yes, Lord," they replied.
Then he touched their eyes and said, "According to your faith will it be done to you"; and their sight was restored.

Mark 10:51-52
"What do you want me to do for you?" Jesus asked him.
The blind man said, "Rabbi, I want to see."
"Go," said Jesus, "your faith has healed you." Immediately he received his sight and followed Jesus along the road.


3) You'll be a blessing to others


Matthew 15:28
Then Jesus answered, "Woman, you have great faith! Your request is granted." And her daughter was healed from that very hour.

Matthew 8:5-8, 10, 13
When Jesus had entered Capernaum, a centurion came to him, asking for help. "Lord," he said, "my servant lies at home paralyzed and in terrible suffering." Jesus said to him, "I will go and heal him." The centurion replied, "Lord, I do not deserve to have you come under my roof. But just say the word, and my servant will be healed.
When Jesus heard this, he was astonished and said to those following him, "I tell you the truth, I have not found anyone in Israel with such great faith.
Then Jesus said to the centurion, "Go! It will be done just as you believed it would." And his servant was healed at that very hour.


Matthew 17:20
" I tell you the truth, if you have faith as small as a mustard seed, you can say to this mountain, 'Move from here to there' and it will move. Nothing will be impossible for you."

Matthew 21:21
Jesus replied, "I tell you the truth, if you have faith and do not doubt, not only can you do what was done to the fig tree, but also you can say to this mountain, 'Go, throw yourself into the sea,' and it will be done.

John 14:12
I tell you the truth, anyone who has faith in me will do what I have been doing. He will do even greater things than these, because I am going to the Father.


Matthew 9:2
Some men brought to him a paralytic, lying on a mat. When Jesus saw their faith, he said to the paralytic, "Take heart, son; your sins are forgiven."

Mark 2:5
When Jesus saw their faith, he said to the paralytic, "Son, your sins are forgiven."

Acts 15:9
He made no distinction between us and them, for he purified their hearts by faith.

Luke 5:20
When Jesus saw their faith, he said, "Friend, your sins are forgiven."


What happens when you DON'T have faith?


Matthew 8:26
He replied, "You of little faith, why are you so afraid?" Then he got up and rebuked the winds and the waves, and it was completely calm.

Matthew 14
Then Peter got down out of the boat, walked on the water and came toward Jesus. But when he saw the wind, he was afraid and, beginning to sink, cried out, "Lord, save me!" Immediately Jesus reached out his hand and caught him. "You of little faith," he said, "why did you doubt?"
And when they climbed into the boat, the wind died down.

Mark 4:40
He said to his disciples, "Why are you so afraid? Do you still have no faith?"

Mark 6:4-6
Jesus said to them, "Prophets are respected everywhere except in their own hometown and by their relatives and their family."
He was not able to perform any miracles there, except that he placed his hands on a few sick people and healed them.  He was greatly surprised, because the people did not have faith.
at 10:13 PM 1 comment:

We're All Looking for Something

I was out running errands the other day when I heard a piece on the radio about whether or not Donovan McNabb, the football player, would be returning to his team next season.  They all debated and speculated, and finally the guy introducing the story said he'd be back - not for this reason, or that reason, but because McNabb had consulted a psychic, and the psychic told him good things were coming for him.

The psychic hands out some vague, generalized "prediction", takes the guy's $50, and he goes away feeling like he has a direction in which to go, and some reassurance that he's doing the right thing.   He has someone to have faith in.

I think everyone is looking for guidance, protection, hope and security - some sort of way to get a grip on this crazy ride we call life.  The directions we look to have these needs met is astounding - psychics, drugs, support groups, worshiping nature, self-hypnosis, to name just a few.  But why don't people think of God to fill this role?  He's right there, always available, and free!  And you can't beat His reliability!  But for too many people, God is a vague entity, somewhere in the back of the mind, not really taken seriously.  I was in that role once, and turned to a lot of these other things to find a lens under which I could make sense of the world, never seriously considering that the God who made all this would be the best One to help me understand all this.  I lived that mindset, and I still can't come up with a good explanation for why.  But there are people dying every day who have never taken God up on His offer to guide their lives and offer His protection, and it's a sad situation. What's the magical thing to say to open their eyes to see, and their ears to hear?  Perhaps, ultimately, it's not a job for a mere mortal.  All we can do is to plant the seeds which, under the right Gardener, will sprout.
at 8:52 PM 2 comments:

Newer Posts Older Posts Home
Subscribe to: Posts (Atom)
Hello! I'm Karen, a "50-something" located in the Land of 10,000 Lakes.

"Diary of a Cracked Pot" - Odd name for a blog, isnt' it? Read the story HERE.

I have three blogs -

Diary of a Cracked Pot

Leave me a comment and say hello - and thanks for stopping in!!